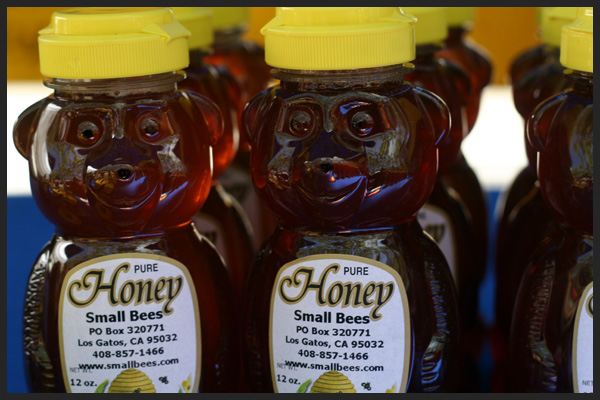 May flowers suck! There’s been so much bloomin’ pollen in the air lately that even something as enjoyable as a leisurely trip to the farmers market turns into a red eyed, runny nosed, ahhh-ahhhh-ahhhhh-CHOO, sneeze fest. Allergies make my life miserable, and probably yours too. Just over 10 percent of the US population suffers from allergies. But California, with our wild flower covered hills, blossoming fruit trees, grassy grasses, and insatiable love for the outdoors . . . you get the point, we get it bad.

Enter the honey bee.You’ve probably heard the buzz (cue the canned laughs) that raw, unfiltered local honey can do wonders to curb the effects of the scourge that is seasonal allergies. I won’t go as far as to explain (in all its gruesome detail) the birds and the bees to you (that’s what the internet is for). But basically, bees like flowers for their nectar, which is in close proximity to the stamen (where pollen is made), while the bee is in there gathering nectar (that’s what the kids are calling it these days), all that sneeze-inducing flower powder gets stuck to it. The bee returns to the hive to deposit its bounty (pollen and all) into wax cells, becoming what we know as honey and honeycombs. 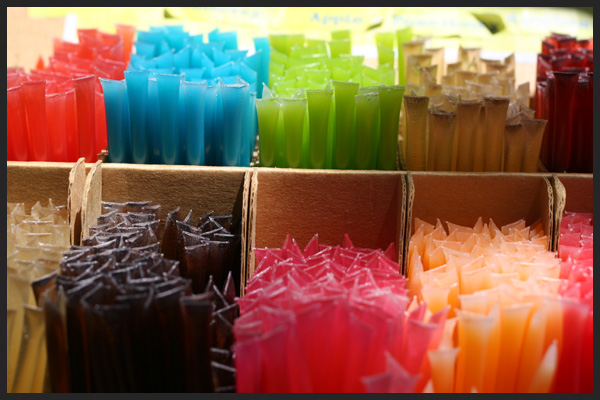 Flavored honeys are a healthy treat for kids or an alternative energy source for athletes looking for a quick and natural boost.

We Believe. Believers in the healing power of local honey say that it acts like a sort of vaccination, giving your body a chance to create just enough histamine for it to compensate without attacking the pollen like a toxin (read: hay fever). Incidentally it’s not actually toxic to us at all, pollen is apparently harmless but it sure does have a bad rep. Skeptics harp on the lack of peer-reviewed empirical evidence to support such a claim but studies at Xavier University have shown that groups that are administered raw, unfiltered honey fair better when later exposed to high pollen counts (such as those that occur come allergy season), and those exposed to local honey experience the least symptoms of all. Besides, it’s delicious and it’s local, can’t be skeptical about those good vibes!

Remember that trip to the farmers market that I was talking about? Well I was lucky enough to stumble upon a hyper local honey to sooth my sinus woes. Mark of Small Bees Honey Farm was kind enough to drop me a little knowledge. Based in Los Gatos, Small Bees is a family run establishment and a fine purveyor of local honeys. Their honey is produced throughout the year by 45 hives that pollinate South Bay wildflowers.

In addition to their sublime honeys, they produce various bees wax products (candles that burn longer, hand creams that keep your skin more moist, balm that keeps your lips softer). All of their products are charmingly hand crafted and readily available via your local (San Jose and adjacent areas) farmers market.

Eat it! Mark’s favorite honey recipe is his personal honey ale (they don’t sell it to the public, I’ve already asked begged). At The Wooden Table we used our Small Bees honey in a rich duck egg frozen custard, a sinfully decadent honey bomb, and paired it with a Straus Family Creamery Milk Gelatin and some local cherries (recipe to follow soon!).